Paul & Lynda gave me the honour of taking over the programming for U1 for the WODs & Strength classes. For those of you who don’t know, I have degrees in sport science and sport psychology, owned a box for 2.5 years and sent teams to the African Regionals in 2013 and 2014. My programming philosophy is simply based on building a complete, bulletproof athlete who is nearly impervious to injury and can transfer their skills and capacities to new and unfamiliar tasks.

Human physical adaptations follow a familiar pattern, which each new capacity gained building on the one that came before. This is generally referred to as classical, linear periodisation and has been the best way to coach elite level athletes since ancient Greek times. Rather than being at odds with CrossFit’s constant variance, it provides a framework for developing the abilities we would like to see. 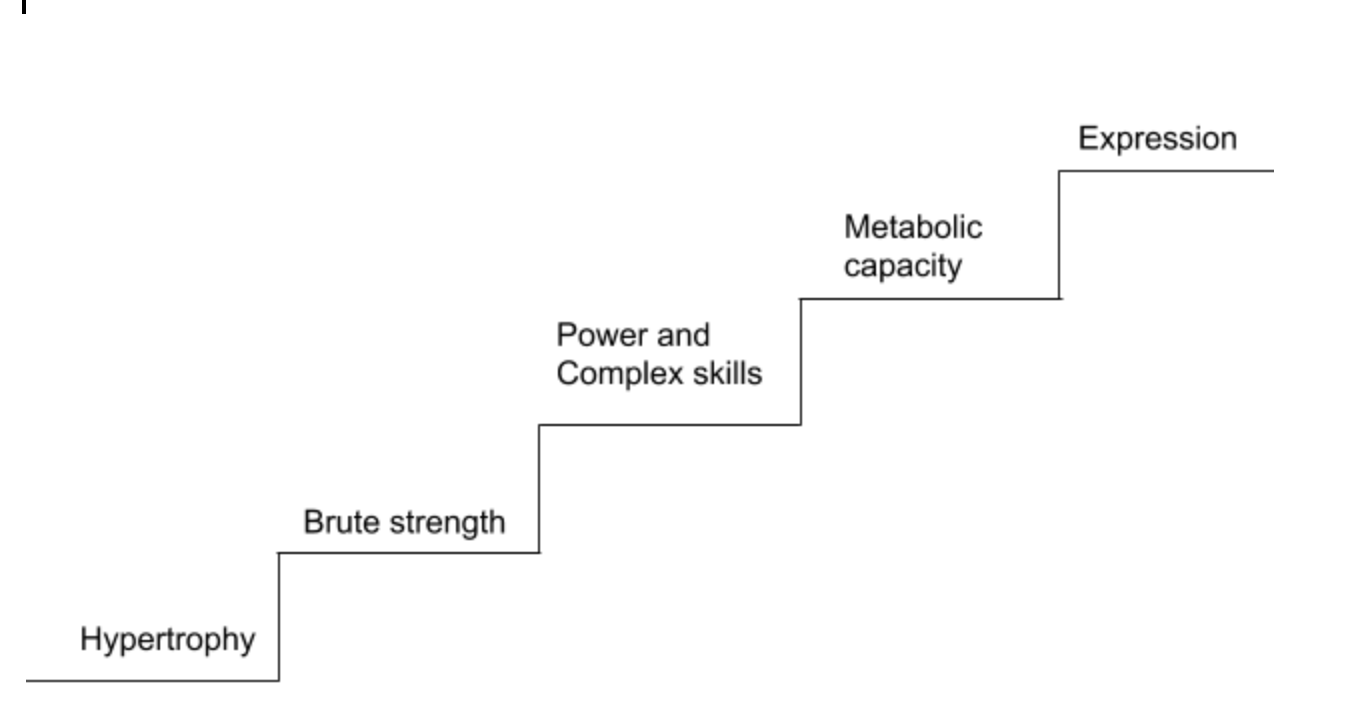 The steps above are designed to create the fullest physical capacity possible, based on how the body adapts to various demands placed on it. Each of these phases will last anywhere between 4 and 12 weeks. The calendar year for these phases begins and ends the following year, this is built around the end and start of the Crossfit Open Qualifiers. This will manifest as a bias in the overall program that favours the development of each of these adaptations in turn.

Hypertrophy: You can’t make muscles stronger, faster and fitter if you don’t have any to begin with! This phase will favour moderate weights and reps, include lots of negatives and favour low skill bodyweight and powerlifting movements.

Metabolic capacity: Now that we have a tank, it’s time to put a nuclear reactor in it. We emphasise traditional CrossFit, glycolytic energy development and just pure, awesome badassery. This phase will lead up to the 2019 Open and then starts all over again for the 2020 Open.

Outline of the current cycle:

August to October: Power
The cornerstone of athleticism is power, i.e. the ability to exert maximal force in the shortest amount of time. This finds its greatest expression in Olympic weightlifting, sprinting, jumping and explosive gymnastics such as muscle ups.
During these 3 months, power movements are favoured in the program and the training volume is somewhat lower in order to preserve quality of movement.
November to mid February: Conditioning
Usually we confuse conditioning with aerobic fitness or “traditional” fitness such as distance running, cycling, swimming etc. However, we want to focus on athletic conditioning which tends to be shorter, more intense and more likely to involve moving weights. This kind of work will improve aerobic capacity as well (but the reverse cannot happen) and will lead to significant improvements in your performance and appearance.
You will be more likely to find interval work such as Tabatas and EMOMs, penalty work such as Kalsu and longer barbell complexes during this time.

U1 Strength class:
The new strength cycle has recently started and is currently favouring hypertrophy (you can’t make muscles stronger if you don’t have any) as well as midline stability (“core”). The 3 foundational movements in this cycle are the back squat, chest to bar pull up and push press. They were selected based on the results of the previous cycle as well as observations in main class and were identified as weak areas that need improvement.
Our programming is posted out 1 week in advance every Sunday evening at 18:00

Your CrossFit U1 Team